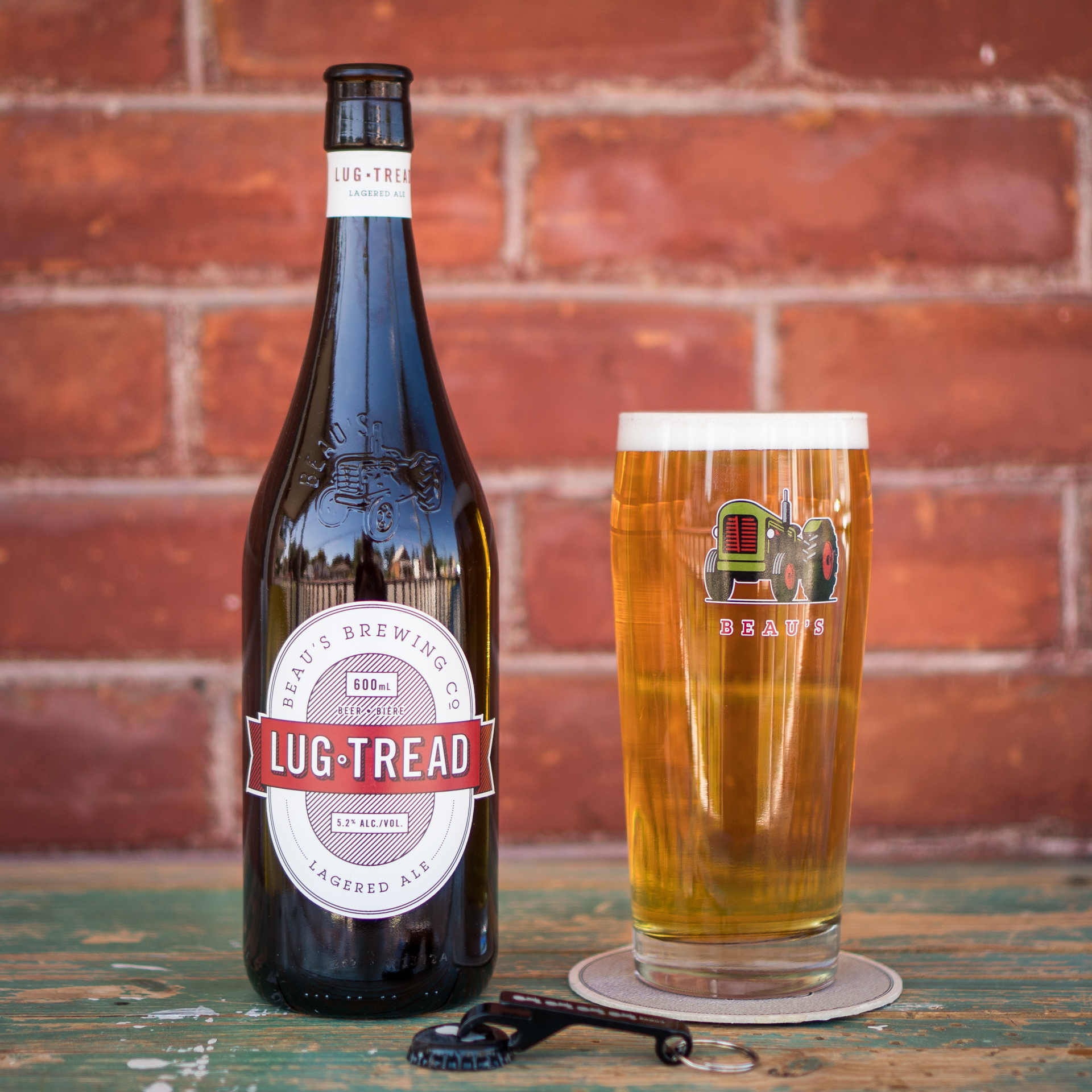 Beau’s year-round flagship beer is Lug Tread, a lagered ale. A hybrid style, Lug Tread is top-fermented (like an ale) and then cold-aged (like a lager), giving it light ale notes complemented by a lager-like crispness. Golden-hued and finely balanced, this tasty golden ale has won more than 20 awards for brewing excellence since 2006.

Lug Tread is our tribute to the classic Kölsch beers of Cologne, Germany. It is versatile and well suited to any season or occasion, with satisfying, chewy malts to warm in the colder months, and a refreshing, crisp finish to quench a summer’s thirst. The tracks left in the mud from a small tractor’s Lug Tread tell the tale of honest hard work and close family ties.

Lug Tread pours a brilliantly clear straw gold, with rocky white foam. A Graham cracker malt character mingles with notes of freshly cut hay and a subtle touch of apple. Sweet, grainy malt is followed by balanced hop bitterness, and the finish is clean and dry.